This Tuesday, the Minister of Agriculture, louis planeswill take a thicker folder than usual to the Council of Ministers. It will include anti-drought measures for farmers. But also some other events, such as the grain shortage caused by Russia’s war against Ukraine, which are taken of “temporarily”pending a communication from Brussels.

So he admitted Pedro Sanchez at the Conference of Presidents this Sunday in La Palma, according to the sources present there. And so he picks it up, in fact, the final document of the autonomic summitto which this newspaper has had access:

“Waiting for the European Union to discuss possible compensation measures for damages to European companies derived from the sanctions” imposed on Moscow, “the Government will launch a assistance plan in international arbitrations that come from the conflict between Russia and Ukraine”. 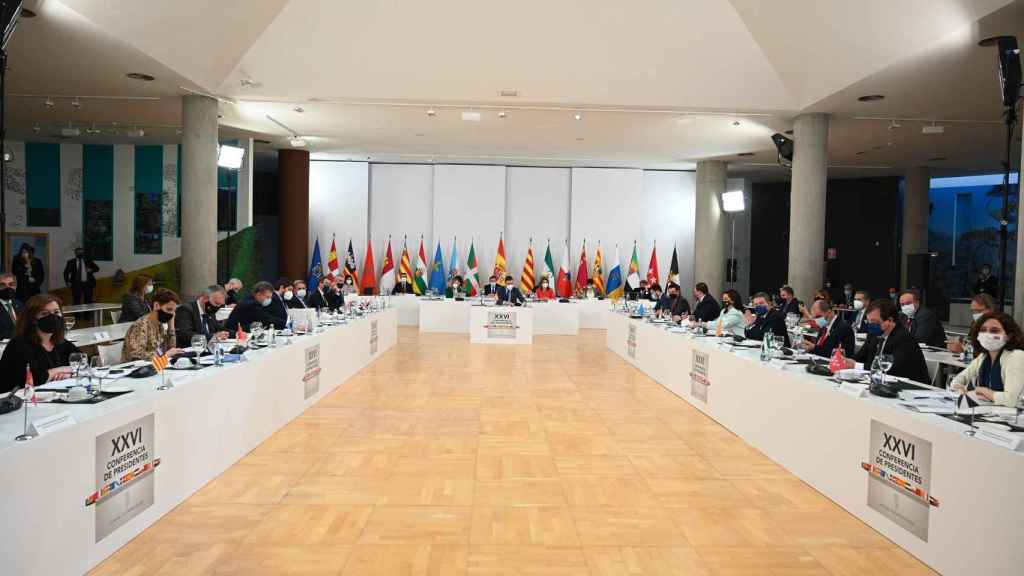 Conference of Presidents held this Sunday in La Palma

And it is that, without the approval of Brussels, Spain cannot fulfill the president’s general commitment, that “we will take the necessary measures to mitigate the effects of Putin’s war“. Nor with the specific promises of Planas, that “there will be no food shortage”… for example.

As this newspaper has learned, Planas began his contacts with the European Commission more than a week ago to correct the situation as much as possible. As a product of the contingency plans commissioned by Moncloa prior to the Russian invasion of Ukraine, the Ministry of Agriculture had already identified the alternative markets to access cereals which has stopped selling kyiv.

For now, the Planas department publishes in the BOE this Tuesday a Resolution to “temporarily relax specific requirements” for the import of corn from Argentina and Brazil. The grain from the United States, Agriculture alleges, “did not present any problem” for phytosanitary purposes, and has not specified “exceptional measures.”

After meeting with the Spanish Association of Foreign Trade in Cereals and Analogue Products (AECEC) and “the pertinent risk analyses”, Planas avoids the technical problems raised by the importing sector and tries to offer “certainty and flexibility, without putting food safety at risk.”

But now it’s about that Brussels “relaxes the CAP measures”the Common Agricultural Policy, in two aspects. That, on the one hand, it allows Spain to produce more cereals; and that, on the other hand, open the hand to the import from Argentina and the United States.

The latter is tricky: American grain, for the most part, “it’s genetically altered”according to official sources, “and that is something prohibited in Europe”. On the other hand, the Argentine does not meet the high phytosanitary traceability standards that govern the EU markets. 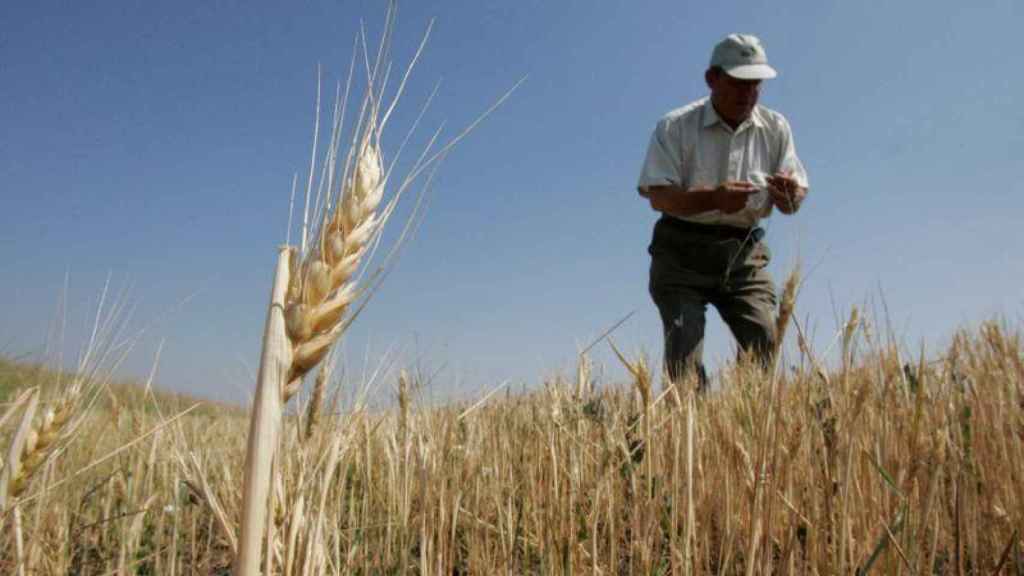 But it is that according to data from the Ministry, Ukraine was, so far, the second corn supplier to Spain -only behind Brazil- with an average volume per season of 2.7 million tons, 22% of the total. cake imports sunflower, with 233,000 tons, 68% of the total import of Spain, have also been paralyzed. And both products “are widely used in the manufacture of feed for animal feed.”

Commercial activity from Ukraine has been totally paralyzed since February 24. There are doubts about the sowing and production possibilities for the next campaign. And furthermore, this Monday the Government of Volodymyr Zelensky issued a note prohibiting the export of cereals “as long as the war situation continues”.

Thus, Agriculture has to deal with the possible shortage for human consumption, the cut in the supply of raw materials for fertilizers, for livestock feed, for the maintenance of fish farms… and Planas should be the first to pressure the Minister of Finance, María Jesús Monteroto stop the rise in diesel prices.

Not in vain, this Monday, an indefinite strike has begun in the transport of goods against the “doubling of costs”, which may soon be transferred to the primary sector. If we listen to the agrarian organizations, there is a triple ‘shock’ in the sector: rising prices and scarcity of raw materials, on the one hand; drop in income due to oversupply of production (when the Russian and Ukrainian markets were closed); and bull run in production and transportation costs.

This Sunday, at the Conference of Autonomous Presidents convened in La Palma, Sánchez did not detail his ideas to alleviate the consequences of the war. And the next day, Minister Montero simply suggested that “it is already becoming clear where we are going”, when speaking this Monday that the path is going to be “studyed and the measures agreed” that suppose a lower fuel taxesfor example.

The official explanation is that “Its working on that”point from the Ministry of Economy. The unofficial, point out from Brussels, that Spain is putting pressure on the European Commission to coordinate measures, and guarantee relaxation in fiscal rules. And the real one?

The real one, according to regional sources consulted by this newspaper, is that “they put the toast to the sun of collaborationbut they do not say anything concrete”. For a source close to a regional president of the PP, “It is a house brand; a lot of advertising and an exasperating slowness in making decisions”.

But Moncloa defends itself. The text proposed to the presidents states that The Government of the nation will take “the socioeconomic measures that make it possible to alleviate the effect of rising energy prices and other economic consequences on the most vulnerable groups”.

Greeting at the Conference of Presidents between King Felipe VI and the President of Castilla-La Mancha, Emiliano García-Page. Photo: Community Board

But that, in the face of this new “crisis of great dimensions, with the potential to cause serious economic, social, humanitarian and security consequences”, it is once again required “the best of our institutions” in co-governance“as we did against Covid-19”.

And also, because Sánchez does not have many of the decisions in his hand. “And if this government in Europe boasts of anything, it is its commitment to consensus and agreements, to going hand in hand with the Twenty-seven,” explains a direct collaborator of the president.

For example, the Treasury complies with the orders of Moncloa -and the indications of prudence- by not specifying. And it does so while waiting to know how far spending can be stretched, or what is the same, how much room Brussels will give to continue suspending the fiscal stability pact. OR who and how much can produce; or of where and how we are going to import what no longer comes from Ukraine.

According to another regional government leader, in this socialist case, Pedro Sanchez he limited himself to announcing big headlines, but “he is going to measure his ads.” Not so much at the pace set by the successive design of the initiatives “as by communication policy”.

That is, for make profitable in political capital the decrease in economic income that will entail reductions in taxes. Whether these are special (fuels), VAT (agricultural sector), production (energy), etc.

The most urgent thing, sources close to Sánchez point out, is lower energy prices -origin of the entire IPC rise chain- and decree solutions for the fieldstarting this Tuesday: “In four or five months, the reserves of grain for feed and chemicals for fertilizers will run out… and Ukraine was our main supplier,” explain agricultural associations.

Companies in the sunflower sector, for their part, expect shortage from May. But they propose solutions that, once again, go through administrative authorizations at the national and community level. According George of Solopresident of the National Association of companies for the promotion of oilseeds and their extraction (Afoex), it is time to promote their cultivation for the next campaign… provided that short-cycle crops are authorized.

And from the Valencian Government another worrying aspect is added. “The commercial closure in kyiv and Moscow is flooding with citrus world markets and sink our farmers’ incomes.

And why is this happening? “Because even though we had to leave Russia after the sanctions in 2014, due to the invasion of Crimea, Tunisia, Morocco and Turkey, they continued to sell there… and not anymore.” In other words, there is a global oversupply, so Spanish orange and lemon trees “are going to pay for it”.

The fact is that in France, Portugal, Poland or Ireland, decisions have not only been announced, but they have also been implemented. Paris will subsidize 15% of gasoline from next April; Warsaw has lowered VAT of fuels; Lisbon recalculates daily the tax to compensate the excessive income of the State due to the rise in prices; and Dublinfor its part, did not wait for Brussels and implemented incentives to change crops traditional for cereal.

At the moment, Sánchez and Planas have not moved that token. And not only is there an urgency, but other supervening imbalances that are still unanswered from Madrid. The Murcian President Fernando Lopez Mirashe reminded the Chief Executive that all Ukrainian corn is unloaded at the Port of Cartagena. In other words, the facility that drives the economy of the second largest city in the region will lose “48% of the bulk agricultural raw materials business.”