Home Latest posts Insects in Hidalgo gastronomy: what they are and how they are eaten

The Mexican gastronomy It is full of diverse dishes that through the years are maintained and give identity, in the state of nobility is not the exception since insects and worms are widely consumed in various dishes, due to their flavor, abundance and various preparations, as well as being easy to find, since the entity is a region where it is easy to capture them.

According to the FAO, insects are the food of the future. This is due to the nutritional properties they possess and their potential for sustainability. In addition, they are beneficial because they produce less organic waste and require fewer resources from the environment, unlike animals such as beef, pork, different birds and fish.

Several studies have shown that an insect contains higher protein content than beef or chicken and that in the future, eating insects will be part of our diet. They also indicate that they are rich in protein, fat, iron, essential amino acids and other nutrients that are beneficial to health.

Mexico is the only country in the world that consumes some 549 species of insects and the taste for their consumption has been shared for generations where native edible species are used, the state of Hidalgo being one where entomophagy or insect consumption is practiced.

Edible insects in the state of Hidalgo

Hidalgo has a great diversity of edible insects, among which the xamues, grasshoppers, jumiles, chicatanas, cuetlas, escamoles or ant eggs, red and white maguey worm, these last three being the ones with the highest consumption in different municipalities.

All of them are usually consumed in their natural form since they have a pleasant flavor, however, when cooked they are more delicious and their flavors can be better appreciated; They are prepared toasted, roasted, in tacos, or in sauces.

It is one of the most consumed insects, they are recognized for their abundance in the rainy seasons, due to the vegetation that is produced so they do not They are usually so expensive, compared to the escamoles, and they are easy to get, since they are used to be cooked and sold in various Mexican appetizers, even to be consumed as a snack in cellophane bags, they only add lemon, sauce and chilito in dust.

Their method of preparation consists mainly of cleaning them in hot water, letting them dry in the sun and then frying them in oil or cooking them on the comal.. 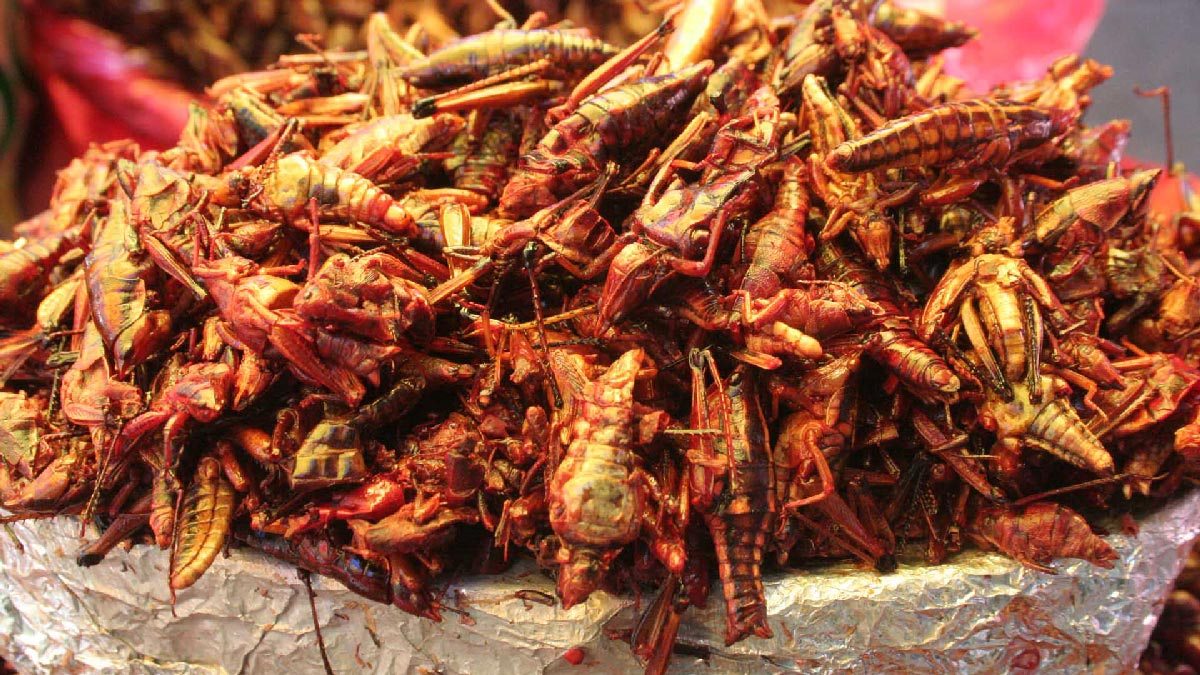 Also known as Chinche de Monte, its name comes from Nahuatl and is “Xotlimilli”, they are collected in the field and are commonly found attached to the leaves of plants and trees, their main characteristic is that they give off a liquid with an intense odor.

It is said that they have many nutritional and healing properties, so the people who sell them in the markets recommend eating them even alive, although they release a strong flavor and smell if they are consumed in this way, although they are also used to form part of various sauces. like the morita chili with xoconostle. 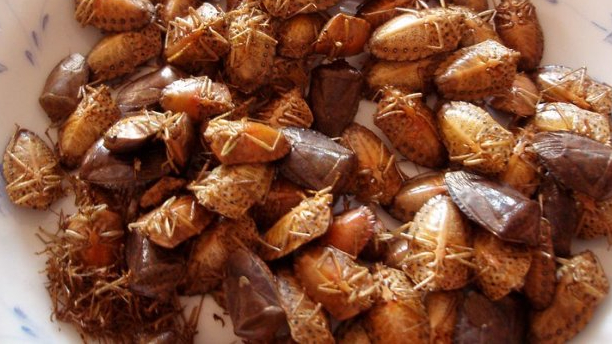 They are the bedbugs that live in the mesquite. The consumption of the xamues is mainly centered in the Valle del Mezquital region, where they are eaten roasted, fried and even alive.

They are generally consumed when they reach between three and four weeks of age since, if it is made later, they can have a sour and penetrating taste. 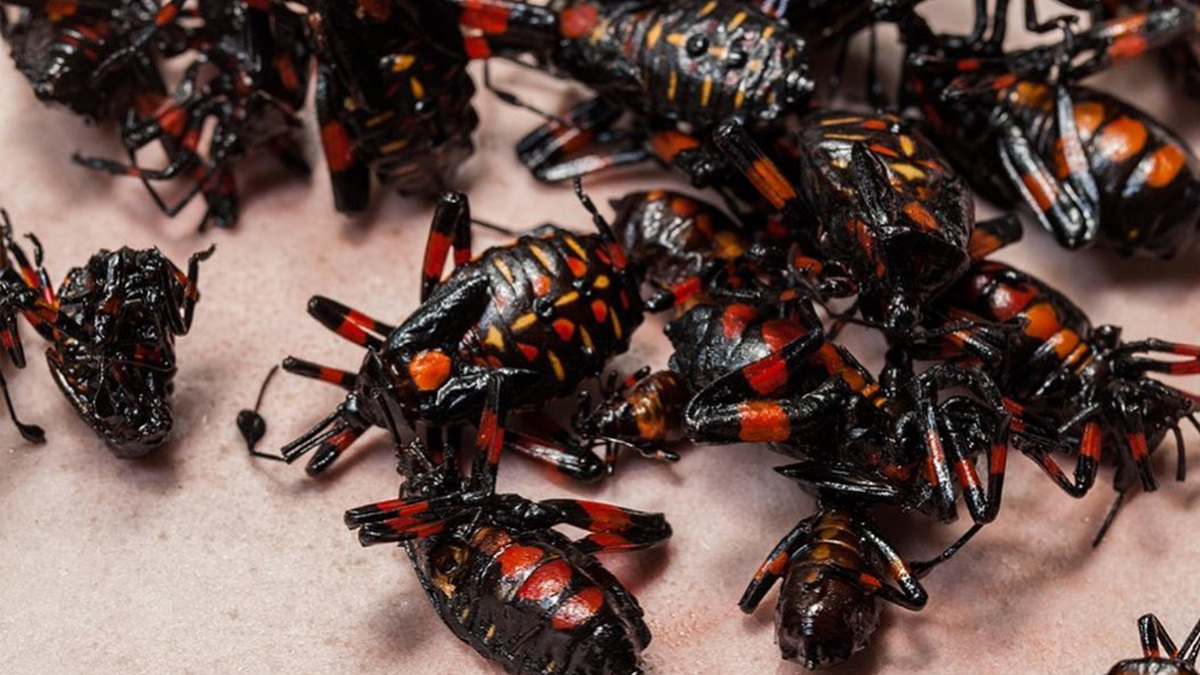 Its name comes from Nahuatl: Azcatl, which means ant, and mol, which means stew. Also named and known as the Mexican caviar, it is the eggs of the ants, which are extracted directly from the nests, on the ground; They are not difficult to get but their price is high, in the markets they are sold by “sardine”, that is, what fits in a can of this product.

Its preparation is very simple, it generally consists of just frying them with butter and epazote, and eating them like that in tacos; in some regions they are prepared in mixiotes, in mole, with egg, etc, although the best known is the first form.

It is said that the best season to collect these milk-flavored eggs is in March and April. 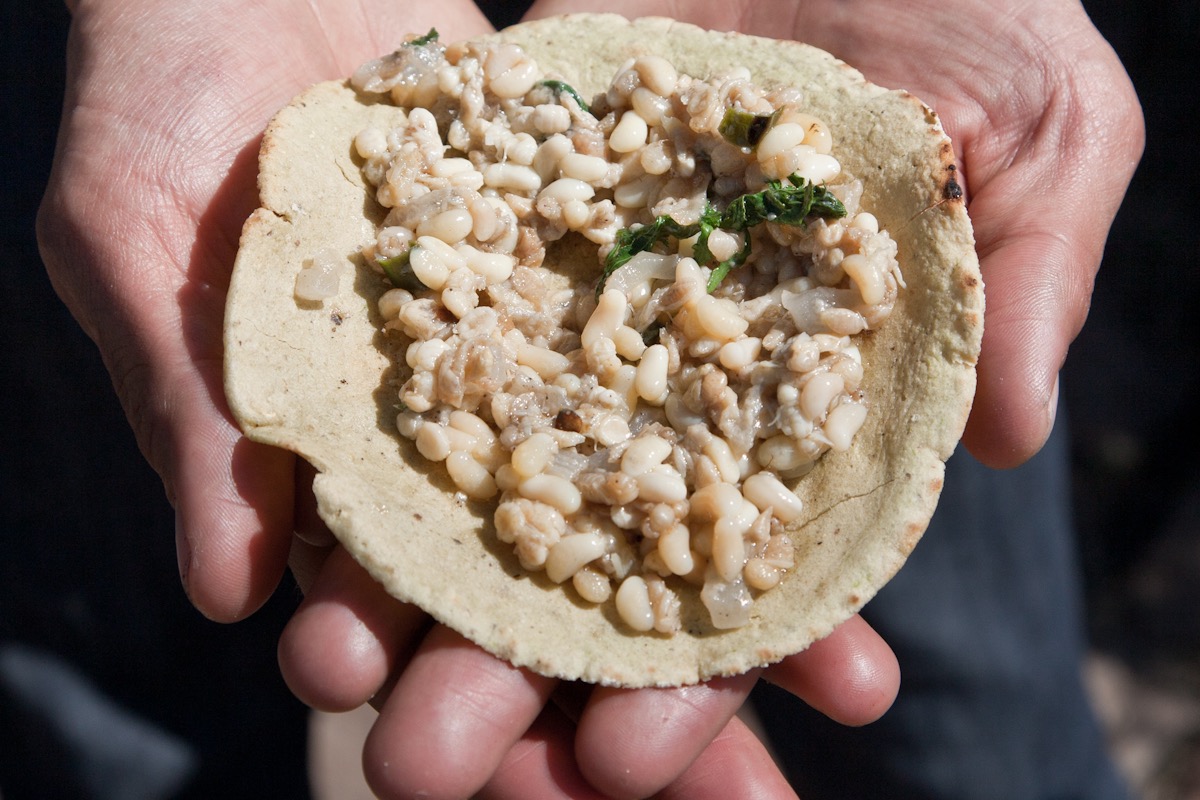 Also known as “Chinacuetlas”, they are the larvae of a large butterfly that are edible and commonly grow on chia plants, they are white with black spots, although due to their diversity of species there are different shades.

They can be found in large quantities in rainy seasons, their flavor is said to be comparable to that of grasshoppers, but they are usually eaten in tacos with tortillas freshly made in condal and accompanied with sauce made in a molcajete. 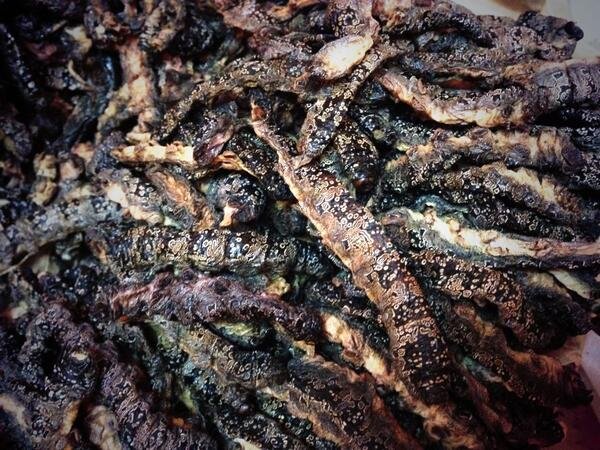 As its name indicates, they are the worms that are found in the maguey leaves (where honey water is also obtained, with which pulque is made) and that are often confused with their close brother “chinincuil”, the which is red and smaller.

Maguey worms are the larvae of a type of butterfly that makes holes in the lower parts of the maguey, almost directly to the heart of this plant. They are used to being eaten fried, like grasshoppers, in a good taco with sauce, although there are also people who use them as raw material for said sauce, mixed with some other ingredient. 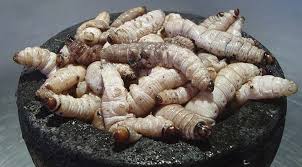 They are a moth larva that emerges at the base of the maguey. The chinicules season occurs between August and September; Its cost It is high, since only one liter is worth 1,500 pesos, while a kilo costs 2,500 pesos.

With these worms you can make molcajeted sauces, eat them in tacos or in gorditas stuffed with chinicuiles; Although their taste and smell are strong, they are one of the entity’s favourites. 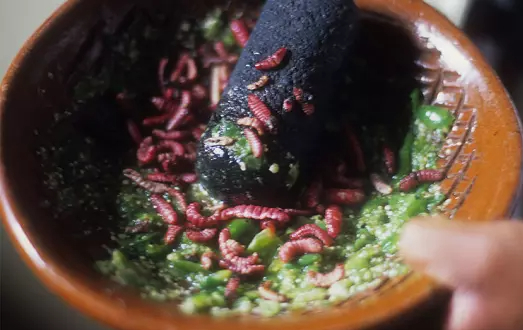